Meet the financial experts, industry leaders, and marketplace gurus who have helped develop the TrichomePay platform. 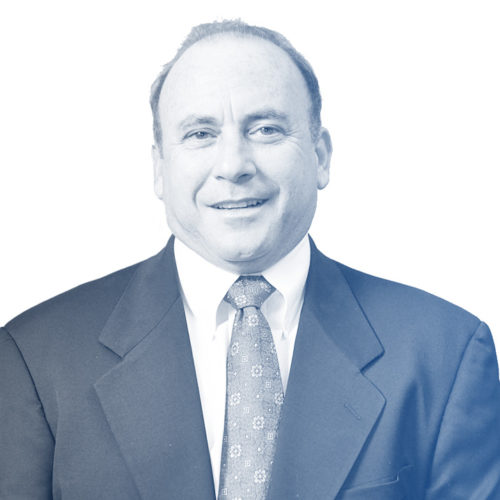 Leonard H. Lyons was a partner and general counsel of The Pun Group, a California based certified public accounting firm. Len was the director of the firm’s advisory practice. He has acted as an expert witness on behalf of attorneys involved in various litigation matters including: breach of contract, stockholder/partner disputes, profit participation disputes, projection of lost profits, diminished goodwill, business interruption, forensic accounting, bankruptcy fraud, white collar crime, and intellectual property. Previously Mr. Lyons worked for several public accounting firms and consulting firms in their advisory practice area and held management positions in those firms.

Mr. Lyons also served as the Western US Regional Manager for Investigations for the Federal Deposit Insurance Corporation (FDIC) and Manager of Special Investigations for the Resolution Trust Corporation (RTC). Len was responsible for providing a lead role in a number of high profile international investigations, and global settlements with two of the Big 6 Accounting firms. Len developed the fraud, asset search and recovery sections for the RTC. He was part of the interagency taskforce that revamped the Suspicious Activity Report in the early 1990’s. Len developed the RTC’s national settlement policy for D&O and fidelity bond claims. 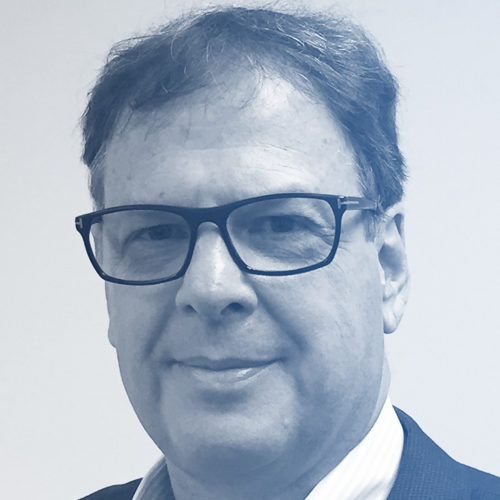 Nick Hariton has been running companies since 1993, when he became president of International Litigation Services (“ILS”), a large volume document and database company focused on litigation support. Starting with 6 employees, Mr. Hariton then grew the company to 167 employees before it was sold. Mr. Hariton and a partner also founded IPP, a multimedia and trial consulting company. Since supporting the successful Stac Trial Team in its ground breaking victory over Microsoft in Stac v. Microsoft, IPP and Mr. Hariton have been supporting successful trial teams across the country, including his engagement with the Monsanto trial team, resulting in a $1 Billion dollar jury verdict. Prior to joining ILS, Mr. Hariton was a bank side leverage buyout, regulatory and credit lawyer with O’Melveny & Myers. Mr. Hariton has seven issued United States Patents. 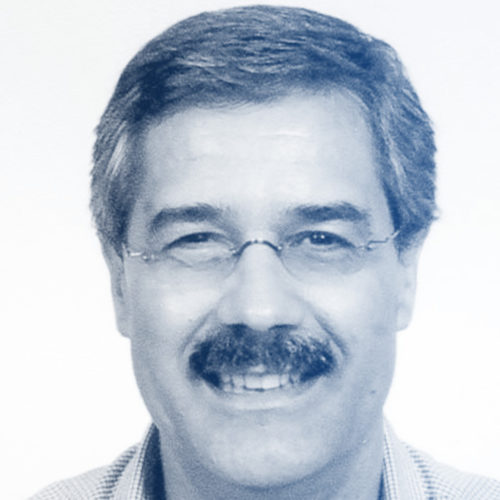 Enrique Menocal has over thirty six years of experience as an executive in construction management, real estate development, as the CFO and financial & operations principal of a NYSE Broker/Dealer and as a senior manager in a big 8 CPA firm. Mr. Menocal was a senior audit manager for Coopers & Lybrand. He supervised and provided leadership and technical training to the audits of Fortune 500 corporations, international and domestic banks as well as financial services corporations operating in Puerto Rico. Said audits spanned various specialized industries such as Securities Broker-Dealers, Commercial Banks and Trust Companies, Mortgage Banking, Casualty and Life Insurance Companies, and High Technology Manufacturing.

Mr. Menocal was a senior vice president, controller and FINOP (Series 27) for Lehman Brothers Puerto Rico Inc. He was responsible for all financial and operational reporting, back office operations, management information systems and administrative functions of the broker/dealer. As such, he was responsible for the preparation, accuracy and final approval of financial reports submitted to the appropriate securities industry regulatory bodies at the time (the New York Stock Exchange and the Puerto Rico Office of Financial Institutions). He supervised all individuals who assisted in the preparation of such reports and in the actual maintenance of the firm’s books and records from which such reports are derived as well as the overall supervision of the individuals who were involved in the administration and maintenance of the back office operations. Also, served as a senior vice president of the parent company, Lehman Brothers Inc.

Scott Keeler is the founder and investor of several companies in the cannabis industry, - Origin Therapeutics, Genomics: Pharmacogenomic cannabinoid sciences as well as Origin Technologies - a payment and blockchain based transactional platform 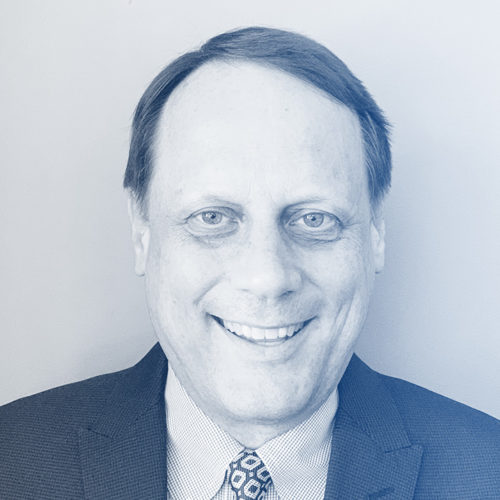 Jeff Mills has over 35 years of programming expertise in over twenty programming languages and has been a technical training course developer and trainer.
He currently is the CEO and president of Pinpoint Strategies Inc. since 1993, where he wrote the investment software program Investigator® which allows users to visually create investment strategies for historical, end-of-day, and intra-day testing. He also oversaw the development of all web site materials and all documentation for Investigator®, including online help files, marketing, and advertising literature. Prior to his CEO position, Mr. Mills worked at Adobe Systems where he was an OEM Support Engineer and a Training Engineer. He was the sole support engineer to IBM on all PostScript, Display PostScript, and Adobe Type Manager related issues. As a technical training course developer and trainer at The Santa Cruz Operation and at Tandem Computers, he developed courses on the Ada and TACL programming languages and on System Administration for Technical Users and XENIX Communications. At Ford Aerospace, he was assigned to various projects including the teaching of Ada to Ford Aerospace and Air Force personnel, the design and implementation of a multi-level secure distributed file server (NFS-based), and the development of a LISP translator which translated the Gypsy verification language to Ada. He had a secret security clearance. 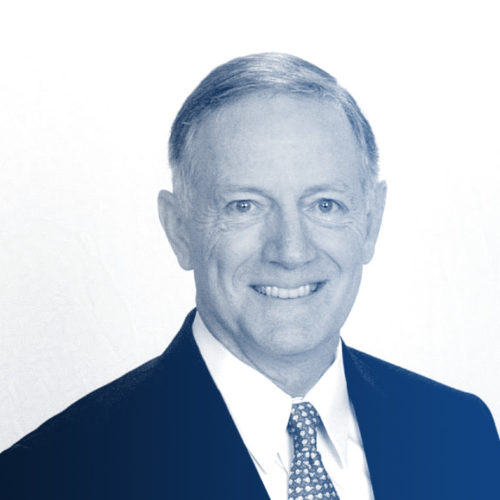 Robert Russell is counsel to the Smith Dollar law firm in Santa Rosa California. His practice focuses on financial institution supervision, director and officer liability, enforcement and fraud. Prior to joining Smith Dollar, Mr. Russell was Counsel to Office of Thrift Supervision Director John Reich, where he was responsible for the day-to-day operations of the Director’s office, including the development of agency banking policy and the preparation of Congressional testimony and speeches.

Mr. Russell was also Deputy to the Vice Chairman of the Federal Deposit Insurance Corporation. In that capacity, he advised on all matters coming before the Board of Directors. In addition, he served on the Case Review, the Assessment Appeals, and the Corporate Policy Committees. Mr. Russell also served as Director of the FDIC’s Office of Policy Development and was Special Assistant to Chairman Ricki Helfer, advising her on the most significant issues facing the FDIC.

Mr. Russell joined the FDIC as Senior Council in the Legal Division, first in the Professional Liability Section, where he managed the FDIC’s anti-fraud program, and subsequently in the Legislation and Regulation Section. He was responsible for coordinating the Corporation’s efforts on some of the most significant anti-fraud cases, including lead counsel in the Drexel, Burnham, Lambert case that resulted in a settlement in excess of $1 billion, the Daiwa case that resulted in the expulsion of a foreign bank from the United States, and the Bankers Trust matter, the first major derivatives case involving losses incurred by a federal financial institution. Mr. Russell also led the FDIC’s Whitewater Task Force, served as the agency’s representative to the interagency Federal Bank Fraud Working Group, and as the FDIC’s representative on the steering committee to the President’s Working Group on Financial Markets. 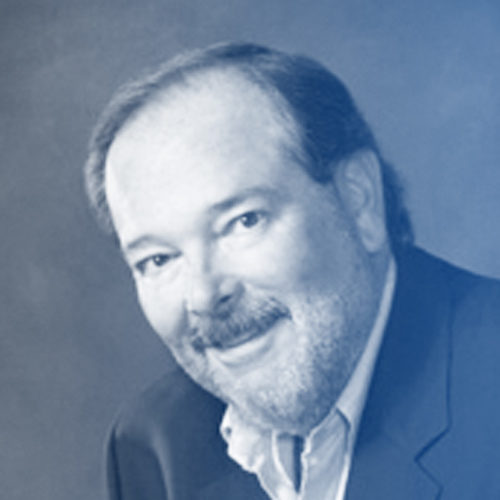 James Dudine is a former senior executive with the Federal Deposit Insurance Corporation (FDIC) with over 40 years experience as an expert on the financial services industry. He served during the savings and loan crisis as the Director of the Office of Investigations for the Resolution Trust Corporation (RTC) where he directed the RTC’s national financial investigative program.

While at the FDIC, Mr. Dudine directed Bank Secrecy Act (BSA) and anti-money laundering policy. He was instrumental in developing the first Suspicious Activity Report (SAR) and testified before Congress on BSA examination matters. Mr. Dudine lectured at the FBI Academy and at graduate banking schools on bank fraud, money laundering, and suspicious activity reporting.

Mr. Dudine was a charter member of the Association of Certified Fraud Examiners and an original member of the Attorney General’s National Bank Fraud Working Group.

After leaving the FDIC, acted as a consultant for the FDIC in failed bank professional liability cases and for Richard Breeden and Associates in the Madoff Securities recovery matter. 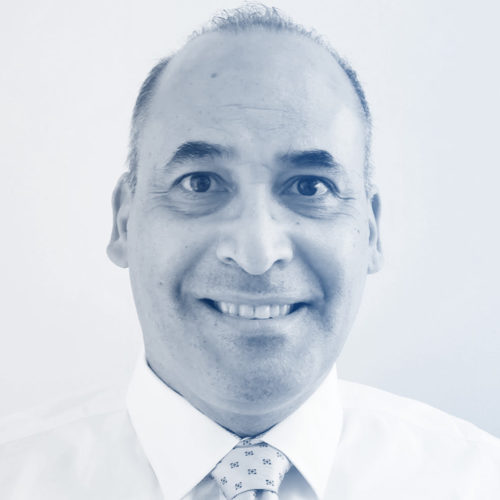 Edward Rodriguez has been a very active member of the Anti-Money Laundering (AML) community beginning with his 25-year career as a special agent and supervisor special agent with the Internal Revenue Service (IRS). From 2004-2009, Mr. Rodriguez continued his service in the public sector, first overseeing the IRS’s national money laundering program at the IRS headquarters, followed by detailing to the Department of Justice (DOJ) in efforts to produce investigative reports analyzing the information obtained under the Bank Secrecy Act (BSA).

After retiring from the IRS, he served as a manager of the Forensic Accounting and Dispute Support Group for Watkins Meegan LLC, Applying his forensic accounting knowledge to assist in civil and criminal tax litigations, asset search, and financial analysis. Prior to this, Mr. Rodriguez founded EORS Consulting LLC whereby he engaged with clients as an asset recovery specialist, BSA risk management consultant, and financial private investigator. He has worked with several companies on BSA/AML compliance and training and the Department of Justice at the U.S. Embassy as a law enforcement advisor and instructor in financial investigative techniques and anti-money laundering classes for the Fiscalia, the Colombian judicial authorities in South America.

"We exist to give peace of mind to consumers, businesses, and financial institutions enabling banking and risk management for cash intensive businesses within the cannabis industry."